If you are looking for a compact, light weight and budget vlogging camera then Sony ZV-1 is the one for you. And, this Sony ZV-1 Review 2021 will help you find whether this camera is worth for you or not.

Sony ZV-1 is one the best vlogging camera that comes with a very professional, compact and light weight design. It never fails to impress you with its quality video and audo quality. Primarily it’s a video camera and if you are looking to click photos then you must look for something else. The Zeiss Lens is the one reason behind the quality output.

First let’s take a look at resolution and frame rates. The zv1 can shoot 4k and up to 30 frames per second, and 1080p Full HD up to 120 frames per second. Also, it goes up to 960 frames per second at 420 p in two second bursts. The 420P isn’t very usable professionally, but it is still kind of cool to have that as an option.

The sensor size of the Sony ZV-1 supports a one-inch sensor. It is about two times bigger than any other camera in the price range. The 20.1-Megapixel Exmor RS® CMOS sensor helps in making the photos and videos a lot more clear and also brings in-depth to the shot.

Let’s now talk about the lens. It comes with a Zeiss 24 to 70-millimeter equivalent lens that stops down to a 1.8 aperture at 24 millimeters and 2.8 aperture at 70 millimeters. This lens is not interchangeable, so it’s the only lens you get with this camera. The pro is that it’s much more compact of a lens and retracts into itself. So it’s compact for traveling so it could actually fit in your pocket easily. The con is that if you want a wider angle lens or tighter lens. I would have liked to see the zoom range a little bit wider. This being the only lens that can go from a 1.8 to a 2.8 aperture. The ZV-1 lens will do a lot better and low light compared to most kit lenses. It will also give you a lot more background blur.

Next, let’s talk about autofocus. This is one of the main features for beginner vloggers and home video recorders. Sony has included real-time eye autofocus in this entry-level camera, which works pretty flawlessly every time. Sony does actually have better focus. Another cool feature is that Sony Zv-1 has product showcase settings. It means when you’re going from eye track focus to putting something in front of the screen, the camera usually doesn’t pick up the product. So you have to put it in front of your face in order for the Zv-1 to pick it up and Focus.

As for image stabilization, it has a combination of both optical and electronic stabilization. It results in a very smooth handheld shot even while walking or holding on a bumpy car ride. But it’s not ideal while you’re running, so I definitely recommend you to get a stabilizer to get running shots.

As for low-light performance, it’s going to do a lot better because of the higher ISO capabilities and the better kit lens. Sony claims have reengineered their color science in this camera to optimize for skin tones. So it’s great to see them continually improving on previously weak points. You can check out the list of best low-light video cameras too.

Now one thing this camera is very focused on is the audio quality. The biggest issue with beginner cameras like Nikon D3500, Canon T6, Canon T7, or even most DSLRs is that the internal microphones on the camera itself are usually bad and require an external microphone in order to have good audio quality. Sony ZV-1 is built while keeping vloggers and YouTubers in mind, so they put a three capsule directional mic that records a lot crisper audio for anything in front of the camera while minimizing background noise. They also give you a little dead cat that you can put on top to cut down on wind noise.

Moving on to the biggest new feature for a Sony camera is the side flip-out screen. This is the first Sony camera to support one of these features. They’ve had the top flipping screens in the past, but if you mount anything on top of the camera then it’s not very usable. So this is definitely a big selling point and another feature that I’ve always liked better is the Touch Screen for focusing and not for changing settings.

I wasn’t stoked about the battery life, because it’s a tiny camera and it has a tiny battery. The bad thing about Sony ZV-1 is that it doesn’t come with a battery charger, so you’re forced to plug in the whole camera while charging. And, on average, the battery lasts for about two hours, when shooting the entire time. So I do recommend buying a separate battery charger and extra batteries. So you can swap out batteries throughout the day and change the dead ones while you’re filming.

A few other things that are worth mentioning are that it does have a Wireless File Transferring. Sony’s Mobile App allows you to quickly transfer files from your camera to your phone. Sony ZV-1 also has Bluetooth 4.1 that makes the transfer process easier.

The last thing I want to mention was the accessory they made to accompany this camera called The Easy to Hold Grip that does sell separately but I’d say it is a must for vloggers. A screw in the bottom of the camera allows for easy tilt and locks with the side bun and doubles as both a hand grip for vlogging or normal filming and as a tripod filming. It connects via Bluetooth to the camera allowing you to push record take a photo, zoom the lens in and out, etc. And, because it’s Bluetooth even if you take it off it acts as a remote so you can record and do all those things as long as you’re holding the grip.

Sony ZV-1 could be a perfect choice as it’s a compact camera with features in a super small and light body. As you can for my test there are pros and cons of choosing this over some cheaper options. But just depends on which features are most important to you and the types of videos you shoot. So I think it’s a great fit for vloggers, YouTubers, moms, etc. I can’t think of another camera on the market in this size and at this price point that would be better for vlogging. It weighs point six pounds (0.6 lbs) both body and lens and with the grip may be a pound.

So you could definitely hold this all day long with no problem. There are nicer quality cameras out there for vlogging, your setup is going to be a lot heavier and a lot bulkier and there are cheaper options out there like the Osmo or GoPro or iPhone, they just aren’t going to compare in video quality. I would also recommend this camera to beginning filmmakers.

No, It’s Dust and Moisture Resistant.

How is the battery life of Sony ZV1?

On an average the battery lasts for 1.5 to 2 hours while full usage.

Does Autofocus work on 4k? 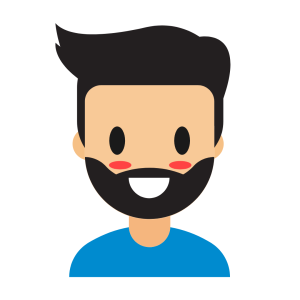 Justine Daniel
Justine has been shooting photos for the last nine years and loves using different photography gears. Currently, he reviews and compares different Cameras, Lenses, and other Photography Gears.